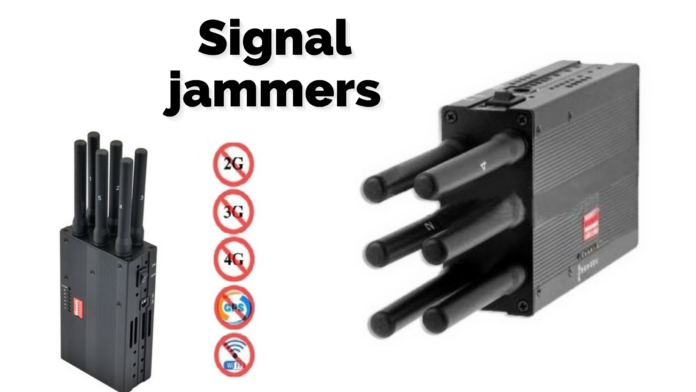 In many areas, a signal jammer is used to block reception between telephone towers and cell phones, for example, with the intention of protecting shared information or electronic security. Equipment such as the portable jammer, has been designed for this purpose, however, in this opportunity, we will tell you what they are.

Radiofrequency transmissions are basically the channels of mobile communication in the world. Like any transmitted signal, it can be interrupted or blocked by transmitters that have more power, such as signal jammers.

On many occasions, it has been known that they have been used in private meetings of congresses and even as a tool in wars and warlike conflicts to interrupt the transmission of others and protect one’s own transmission as a strategy.

What is a signal jammer?

A signal jammer is a device designed to interfere with or block various types of communications or signals, such as those emitted by radio frequency equipment, cell phones, and internet connections via Wi-Fi or satellite.

They intentionally transmit signals that can affect, interfere and even saturate the signal of any communication service used by users, including through their cell phones, interrupting the communication in fact in text messages, calls, and even GPS position.

This type of equipment has generally been used in high-security areas, such as prisons, military bases, airports, police stations, diplomatic headquarters, and banks, among other places that require maximum security and confidentiality in their transmissions and communication channels.

How do signal jammers work?

Signal jammers basically work by emitting radio waves similar to the frequency bands used by cell phones, with the necessary power to interrupt the signals and break the communication channels interrupting the service.

Users who are in the range of the signal jammer will probably see on the screen of their electronic devices a message saying “no coverage” or “no signal”.

Basically, these devices cause the frequency to be interrupted, dominating the entire signal spectrum to deny service and make it inaccessible within their range and operating area.

Signal jammers can act as high-capacity or high-power noise that could interfere with communications, both sending and receiving that are conducted over mobile networks.

These devices do not distinguish between users, types of communication, or devices, so all communications within their range will be significantly affected in terms of quality, especially in commercial and urban areas and those close to prisons, banks, and diplomatic offices.

The use of signal jammers is generally for computer security purposes to protect the communication shared through these transmissions and somehow prevent confidential, important or sensitive information from escaping.

Technology has made it possible to design signal jammers of different designs, including the fixed jammer and other types such as the portable jammer, which has become very popular because it is much more comfortable and easier to move.

Before acquiring one, it is necessary to verify very well its range, power, and functions, so that you make sure that it fulfills your requirements and really operates as you expect.

Magic Book Hacks that Are Sure to Improve Your Workflow

Magic Book Hacks that Are Sure to Improve Your Workflow